Scientists think the antimatter particles were formed in a terrestrial gamma-ray flash (TGF), a brief burst produced inside thunderstorms and shown to be associated with lightning. It is estimated that about 500 TGFs occur daily worldwide, but most go undetected. 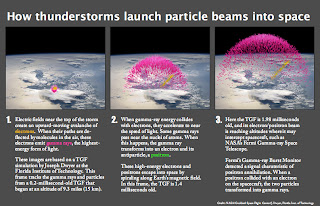 "These signals are the first direct evidence that thunderstorms make antimatter particle beams," said Michael Briggs, a member of Fermi's Gamma-ray Burst Monitor (GBM) team at the University of Alabama in Huntsville (UAH). He presented the findings Monday, during a news briefing at the American Astronomical Society meeting in Seattle. 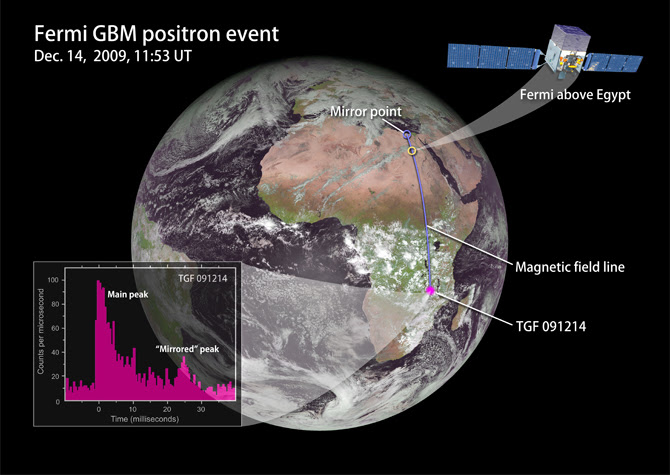