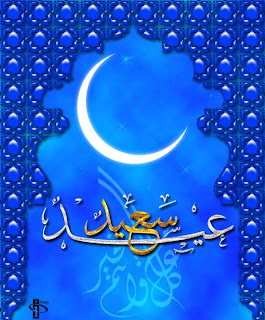 Email ThisBlogThis!Share to TwitterShare to FacebookShare to Pinterest
Labels: Religion

NASA - NASA Selects Target Crater for Lunar Impact of LCROSS Spacecraft
MOFFETT FIELD, Calif. -- NASA has identified the spot where it will search for water on the moon. Reporters are invited to attend the announcement of the target location where the Lunar Crater Observation and Sensing Satellite, or LCROSS, and its spent Centaur rocket will hit in October. The briefing will take place at 10 a.m. PDT, Friday, Sept. 11, in the main auditorium, Building N201, of NASA's Ames Research Center in Moffett Field, Calif. The event will be broadcast live on NASA Television and the agency's Web site.
Posted by Ahmed Hamdy at September 09, 2009 No comments:

Email ThisBlogThis!Share to TwitterShare to FacebookShare to Pinterest
Labels: NASA

It really so Excited that telling you For the first time, NASA's Hubble Space Telescope has seen distinctly the "tenth planet," currently nicknamed "Xena," and found that it's only slightly larger than Pluto.

Though previous ground-based observations suggested that Xena's diameter was about 30 percent greater than Pluto, Hubble observations taken Dec. 9 and 10, 2005, showed Xena's diameter as 1,490 miles (with an uncertainty of 60 miles).
Pluto's diameter, as measured by Hubble, is 1,422 miles.
"Hubble is the only telescope capable of getting a clean visible-light measurement of the actual diameter of Xena," said Mike Brown, planetary scientist at the California Institute of Technology in Pasadena, Calif. Brown's research team discovered Xena, officially cataloged as 2003 UB313, and its results have been accepted for publication in the Astrophysical Journal.
Only a handful of images were required to determine Xena's diameter. Located 10 billion miles from Earth with a diameter a little more than half the width of the United States, the object is 1.5 pixels across in Hubble's view. That's enough to make a precise size measurement.

Image right: Located 10 billion miles away, but with a diameter that is a little more than half the width of the United States, Xena is only 1.5 picture elements across in Hubble's Advanced Camera for Surveys' view. Credit: NASA, ESA, and M. Brown (CalTech)
Because Xena is smaller than previously thought, but comparatively bright, it must be one of the most reflective objects in the solar system. The only object more reflective is Enceladus, a geologically active moon of Saturn whose surface is continuously recoated with highly reflective ice by active geysers.
Xena's bright reflectivity is possibly due to fresh methane frost on its surface. The object may have had an atmosphere when it was closer to the sun, but as it moved to its current location farther away this atmosphere would have "frozen out," settling on the surface as frost.
Another possibility is that Xena leaks methane gas continuously from its warmer interior. When this methane reaches the cold surface, it immediately freezes solid, covering craters and other features to make it uniformly bright to Hubble's telescopic eye.

Xena's takes about 560 years to orbit the sun, and it is now very close to aphelion (the point on its orbit that is farthest from the sun). Brown next plans to use Hubble and other telescopes to study other recently discovered Kuiper Belt objects that are almost as large as Pluto and Xena. The Kuiper Belt is a vast ring of primordial icy comets and larger bodies encircling Neptune's orbit.
Finding that the largest known Kuiper Belt object is a virtual twin to Pluto may only further complicate the debate about whether to categorize the large icy worlds that populate the belt as planets. If Pluto were considered to be the minimum size for a planet, then Xena would fulfill this criterion, too. In time, the International Astronomical Union will designate the official name.

you can find more information in www.nasa.gov

This article taken from NASA web site ...
Posted by Ahmed Hamdy at September 06, 2009 No comments: