Dear Friends,
On 20th of March, Google organized the first ever Doodle for Google Competition in the Middle East. We invited over 160 orphans from different orphanages in Egypt at the GUC premises for a fun day. The kids drew AMAZING doodles that exceeded expectations. It was loads of fun, and most importantly, the kids enjoyed it!
Khaled AbulNaga, the Egyptian movie star, attended the event, and he was really touched by the children, and decided to sponsor one of them until he graduates from college!
Now, we want the whole world to know how talented are those Egyptian kids ... we want to share this link with everyone, and ask people to vote for the winning doodle. The voting will last until the end of March, so VOTE now and forward to all your friends.
VOTE NOW: http://www.google.com.eg/myegypt
--
forwarded from Eng. Amr Ebaid

The crew of the International Space Station has been forced to shelter in the Russian Soyuz capsule after a close call with a piece of space debris.

The three crew members are now out of danger and have returned to the ISS, Russian mission control officials told Reuters news agency.

Nasa said news of the debris threat had come too late for flight controllers to move the space station out of the way.

The scare comes just over a month after two satellites collided over Siberia.

Officials said the decision to move the astronauts had been a precaution and that the probability of an impact with the ISS had been low.

The space station's operating rules require crew members to be evacuated when debris is detected within a set distance.

"The crew have returned to the station. They are in absolutely no danger and the debris has already passed by the station," a spokesman for Russia's mission control said after the incident.

"They didn't even close the hatch between the station and the Soyuz."

The debris was about 1cm (0.3in) in size and part of an old "payload assist motor" that was previously on either a Delta rocket or on the space shuttle, Nasa public affairs officer Laura Rochon told journalists.

"The crew is safe and back in the space station and they are resuming normal operations," Ms Rochon added.


A Nasa spokesperson told BBC News that the space agency had been notified about the possible threat last night. The short lead time forced officials to move the crew into the capsule rather than manoeuvring the space station out of the way.

The reason for the short notice is unclear, but the small size of the object and its erratic orbital path may have been factors.

"It's a bit like a swarm of bees in a beehive up there," said William Jeffs, a spokesperson at Nasa's Johnson Space Center in Houston, "the trajectories can sometimes be erratic."

It is unclear how many times crew members had been told to enter the Soyuz, but officials said this was "not the first" occasion. Flight controllers have moved the ISS eight times over the past 10 years in order to avoid debris.

Objects in orbit travel at tens of thousands of kilometres per hour. At these speeds, even a small piece of debris can knock out a satellite or, potentially, cause damage to the space station.

Experts recognise a growing threat to satellites and manned spacecraft from orbital debris and several events over the past three years have drawn attention to the problem.

On 10 February, the US Iridium 33 communications satellite collided with Cosmos 2251, a retired Russian intelligence comms sat.

The chances of such an event had been estimated at millions or billions to one. The impact produced two expanding clouds of debris in intersecting orbits.

In January 2007, China caused international alarm when it destroyed one of its defunct satellites in a missile test. The US military estimates that this event created 2,500 new pieces of debris in orbit.

In total, there are said to be about 18,000 pieces of orbiting junk larger than 10cm in size.

On Wednesday, Nasa postponed its launch of the space shuttle Discovery from Florida when a hydrogen leak was detected during fuelling.

This article taken from BBC news

And Hoping every thing be okay again in the International Space Station and the Crew be safe .
Posted by Ahmed Hamdy at March 13, 2009 No comments:

Email ThisBlogThis!Share to TwitterShare to FacebookShare to Pinterest
Labels: NASA

* Got tired of your computer becoming slower and slower over time and freezing every now and then ?
* Can't stop viruses and attacks on your computer ?
* Find the software and the system you use more expensive than the hardware ?
* Don't trust the software you use because you can't really discover how it works ?
* Want to discover new and better things ?
Then we DEFINITELY HAVE A SOLUTION for you..
Check this out ..
http://www.facebook.com/profile.php?id=535885528#/event.php?eid=58006456282

if you come early you will get ubuntu CD for free 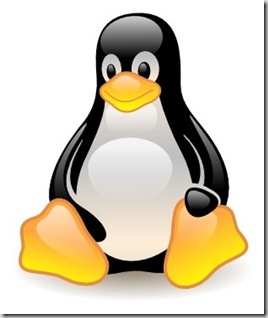 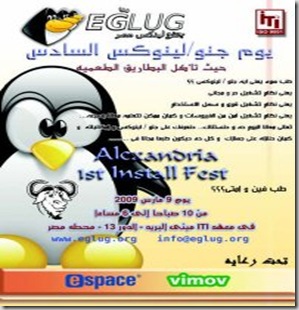 ACM Organization volunteer in this event 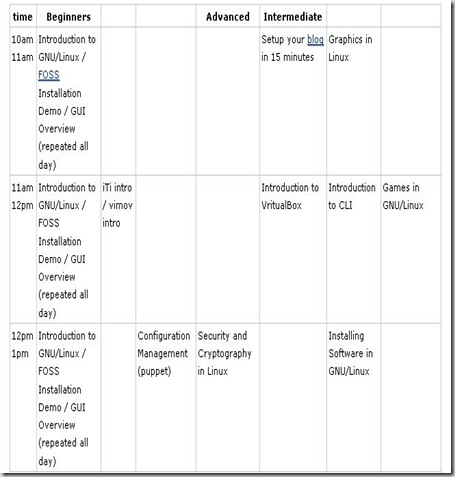 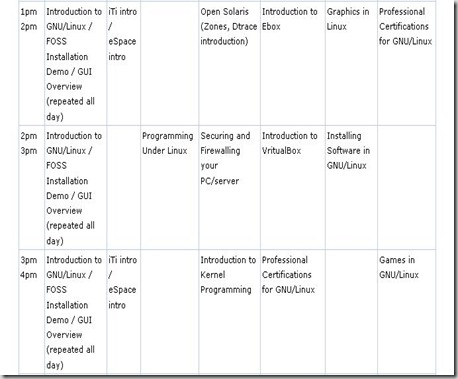 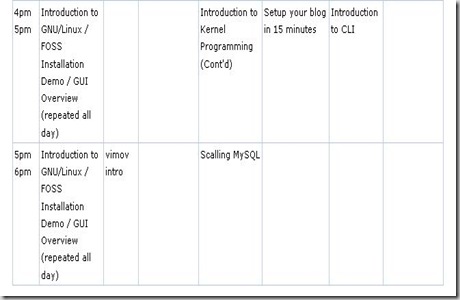